Home Notes from a Lockdown Naturalist Bring Back the Silence

For Alan Charlton, lockdown brought many surprises but none more enjoyable than the silence in his back garden.

Lockdown brought many surprises, naturally, I couldn’t go far but yet there were many joys, the first being the silence in the back garden. No traffic noise, the industrial estate over the green was silent.

As I walked down the tree line between our estate and the industrial estate you could hear the blackcaps singing, the chiffchaffs chirping and the little wren outdoing them all, the woodpecker pecking away. All that was missing were the swallows – there used to be loads flying over the green. I used to stand still and see how close they would come. On one of my walks, I took my camera with a small lens to see if I could catch them flying, but with only three or four there was no chance. Walking further down where the newborn foals were in the field, three sparrowhawks were out hunting, wrong lens but still got some images.

Returning to the back garden, I lay in the sun on my lounger listening to the chatter of the sparrows. A blackbird sang continuously on my neighbour’s roof as the noisy starlings fed their young on the lawn, the blackbird’s chicks squawking to be fed, oh what glorious sounds. As the lockdown was lifted I ventured further afield well away from human habitation as the crowds crammed the beaches and left their rubbish. Cuckoo, red grouse, hare, long-tailed tit, dippers, various wagtails and pipits, goosander with its chicks were some of the wildlife I encountered in these remote places without people.

Once again back on my lounger after a tiring day, I thought I would have sleep as I listened to the birds, what was that strange noise, a plane, and yet another. Then the clanging from the industrial estate as it awakened from being dormant. The whine of motorbikes caught my ear, the noise of car engines, all these that I had got used to over the years I could blot out and have a snooze, but not now they seemed as if they were in the garden competing with the birds whose joyous songs were once more being drowned out. For the first time in eight weeks, I put on my earphones and listened to some music hoping to drown out some of the dreadful sounds, up a notch, and yet another until I was frightened I would damage my hearing even more than it is. At last, my favourite record and hour of gentle waves splashing on the seashore, with this and the bird song surely I would get a nap, but no the mechanical beasts were winning. OH PLEASE BRING BACK THE SILENCE.

69 years young, Alan Charlton was born in Cullercoats and has not moved far away since. 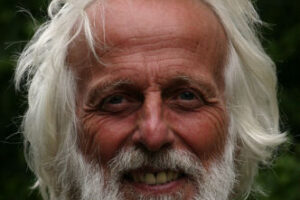 Alan enjoys traveling and having a son in South Africa, this has meant lots of wildlife. Since finding flying hard graft, he has started cruising and has visited Iceland, the Baltic, and the Fjords of Norway. He used to work for British Gas on the high-pressure gas main working in many of the areas he now visits for photographic sessions, including Blanchland, Allendale and Haltwhistle. A job made in heaven, even in the winter!

Alan used to do a lot of fishing and owned a boat. This led to the sea angling columns for the Journal and Sunday Sun. His hobbies now include fly and coarse fishing, but also woodwork and naturally, more and more photography.

An Encounter with a Ladybird Parasite

A short guide to the North East’s grassland ladybirds