Home News Farewell and thank you to a visionary

A driving force for nature conservation in North East England, Tony served as the curator of the Hancock Museum (now the Great North Museum: Hancock) between 1958 and 1992, using his keen eye and broad knowledge of natural history to create engaging, educational displays to delight and inform the visiting public.

Among his greatest achievements as curator was the renovation of John Hancock’s original Bird Room which, calling upon Tony’s extensive experience in nature interpretation, was re-opened as The Magic of Birds: utilising a unique blend of humour, photographs, cartoons, fact and careful phrasing to ensnare the imagination of visitors. As well as highlighting stories of local interest, this exhibit famously featured a mock shop front advertising Albert Ross: Travel Agent. A unique twist, typical of Tony’s style, designed to highlight the amazing migration of albatross species and a characterful touch which will doubtless be fondly remembered by those who visited the museum at the time.

Remembering this particular exhibition, Peter Davis, who worked closely with Tony for 10 years in the Hancock Museum, said: “What had been a drab display had been transformed into a room full of colour, interest and new, cutting-edge designs. Most of all it had the stamp of Tynan – humour and delight in the absurd – behind which lay a deep and thorough knowledge of bird biology and behaviour.”

Peter adds: “Tony broke new ground by bringing the idea of interpretation into the museum. All the work he did enabled the NHSN and its collections to become better known and lauded as a Society with a famous museum led by an inspirational curator”. 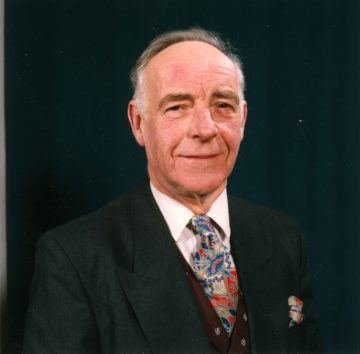 Starting his career with a degree in Botany, Zoology and Geology from the University of Reading, Tony later became a champion of Countryside Interpretation – adapting ideas from the American National Park system and the work of Freeman Tilden designed to make nature more accessible. To this end, he was one of the first to introduce the concept of nature trails to Britain: leading in the development of the National Nature Week series in 1963, before founding the Shell Nature Trails. He even developed a ‘branch museum’ of the Hancock in Kielder Forest, where he spent a great deal of time at weekends.

Tony’s passion for nature conservation led him to a number of notable achievements throughout his distinguished career. Among these, the founding of Northumberland & Durham Naturalists’ Trust with fellow naturalist, Dr Angus Lunn. A venture which later led to the establishment of Northumberland Wildlife Trust, in 1971.  His work with NWT will surely endure in the renowned wetland reserves he established in Druridge Bay.

Tony will be remembered as a stalwart of natural history in our region, a pioneer and an authoritative voice for the natural world. His unique, witty and humorous approach to often complex issues and his ceaseless dedication to the causes he believed in will be sorely missed by all at NHSN, and by the many people inspired by his work for over half a century.