Life is full of surprises and there are plenty to be found in the NHSN Archive!

A few weeks ago, I came upon a hard-backed journal, “Gosforth Park”, by Colin S. Pittendrigh circa 1935 (subsequent research showed him to be only 17 at the time of writing). Meticulously typed and generously illustrated with his drawings, sketches and diagrams, it is written in a way that shows he not only has a love of nature, but also language, as it is written in the most engaging style. 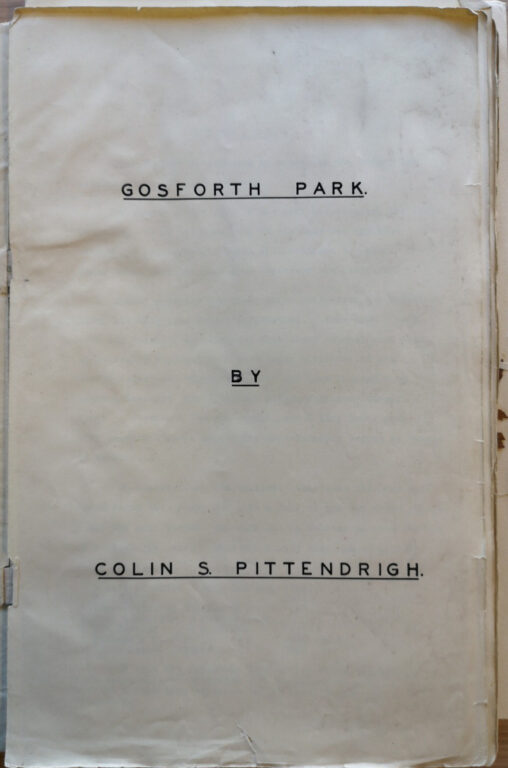 He says of Gosforth Park, “It is but seldom that we find some gems among the rubbish, a diamond among coals, but in the heart of coaly Tyneside, not two miles from Newcastle and the hurly-burly of civilisation, lies a diamond, a lake, where we can find quiet and our beloved nature at her ease. There we see Burn’s ‘wee modest crimson-tipped flow’r’, Wordsworth’s Skylark- still ‘true to the kindred points of Heaven and Home.’ There are birds, beasts, trees, flowers, butterflies- myriads of them, and everything the nature lover seeks.” 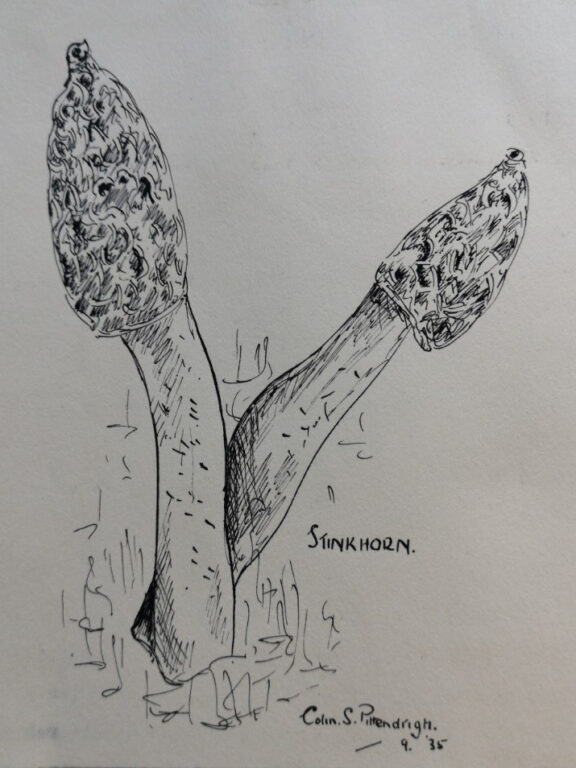 On Starlings he observes “During a rainstorm, they will congregate among the treetops and preen themselves, and at the same time make the most peculiar noises- it cannot be called a song. Some of the notes sound like corks coming out of a ginger beer bottle; others like a rusty nail being scratched over a hard surface; some clicks and some whistles”.

Intriguingly he states, “Six animals are to be found in the Park”, but does not mention any Roe Deer. Of Rabbits, he states “…rabbit burrows are frequent, but the combined attacks of stoats and foxes has slowly exterminated it. Its faster brother the Hare depends on speed for its life, and so far, it has succeeded.”

But imagine my surprise when I Googled his name. Born in Whitley Bay on the 13th June 1918, one would like to think that it was his visits to GPNR that inspired his subsequent career and rise to fame. His later work resulted in him being described as the “father of the biological clock”, and founder of the field of chronobiology. He also became a senior member of NASA in their search for in their search for life on Mars. I would urge you to look him up yourselves, as this short article cannot do him full justice.

So next time you look at a young person or teenager visiting GPNR just take a moment to think and ponder their future. Perhaps the park and all it offers is triggering some deep interest and motivation within them too.