The moors north of Longframlington – Rimside Moor & Longframlington Common – are unremarkable Northumbrian sandstone moorlands, having been intensively managed in the pursuit of grouse, grazing and cheap timber with results that are blindingly obvious from space, courtesy of Google’s satellites. 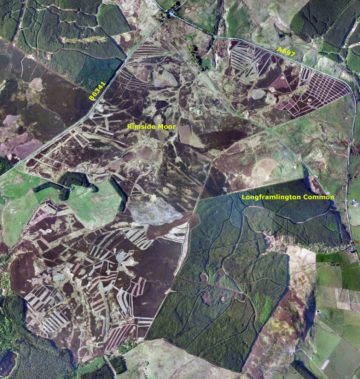 Just look at that diamond-shaped area below the crossroads! The area may be rich in historical remains, but it is not rich in species. According to my gun-toting neighbour, there aren’t even very many grouse.

Having said that, this is the moorland closest to my home in Longframlington so I spend a lot of time up there in a never-ending quest for something out of the ordinary, with occasional bursts of excitement. Perhaps a tiny Lesser Twayblade in amongst the leggy heather, a patch of Chickweed Wintergreen in a bracken stand, maybe a bird other than the half dozen moorland regulars. Sadly I have yet to come across anything on four legs than that doesn’t belong to a farmer or walker and I still await my first encounter with an adder. 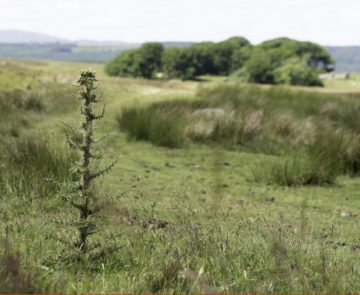 However, it is always a lovely place to spend time, with the stories it tells about it’s past inhabitants from the Neolithic rock art to the last occupants of the lonely homestead at Wheatfolds, the sounds and sights of the wildlife getting on with the business of living and always surrounded by those glorious Northumbrian views. 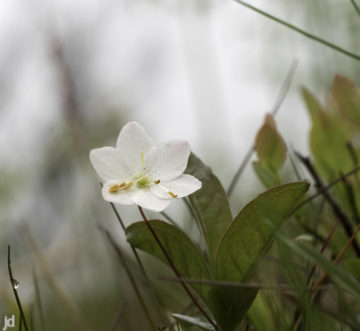 John Dalrymple is a life-long lover of the Northumbrian hills & moors, having been a climber & hillwalker since his early teens. On retirement, he set about exploring the County looking for bits of rock to climb when it dawned on him that it would be a good idea to learn a little about the bits of lichen he was cleaning off rocks, in case there was something rare. He later enrolled on one of Janet Simkin’s lichen courses and has been hooked on most things botanical ever since.