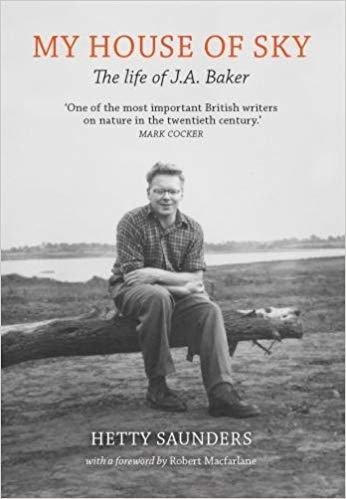 My House of Sky – The Life and Work of J. A. Baker

Hetty Saunders has created this biography of the elusive J. A. Baker, thought to be one of the most influential natural history writers of the twentieth century. His book, The Peregrine,  continues to captivate audiences some 50 years after it was published in 1967. However, not much was known about its author as Baker appeared reluctant to divulge information about his life.

Saunders has used a recently discovered collection of documents, including diaries and manuscripts, by Baker to create this exciting biography. Her book focuses on Baker’s influences growing up, and his personality, shying away from simply talking about The Peregrine, and is a keyhole into Baker’s life.

With new, exciting, first-hand information, this biography is for anyone; those interested in Baker and those who are simply curious about a reclusive writer. It may even be considered short compared to other biographies but Saunders cannot be faulted on the information that she provides.

Just as Baker tracked the peregrine, Simon Cooper has tracked the otter in his book, a family of otters to be precise. The life of an otter is brutal in some ways, with Cooper highlighting the differences between humans and otters. In one instance he has to make the difficult decision to allow Mother Nature to take over. 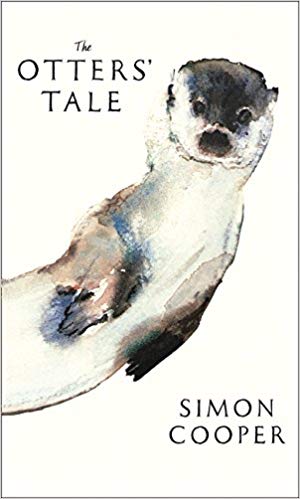 This book is not for the faint-hearted, nature is cruel and Cooper captures this beautifully. He is as close to the otters as one can be and offers a unique insight into their lives, something that many will not be able to see for themselves as otters are known for being mysterious creatures.

Cooper does not censor the harsh reality of the natural world and interweaves the personification of the otters, meaning that we as humans can even relate to them on some scale. His book is an excellent conglomeration of his observations and the created anthropomorphic otters. It should be noted that this does occur in the book and can make some quite uncomfortable.

There is no excerpt because this is a protected post.

A new study into Japanese Knotweed

Horticulture Magazine have launched a new study and interactive map helping naturalists understand the spread of Japanese Knotweed in their area....