As we approach the final two weeks of the North East Bee Hunt, over 2000 bee records have been submitted across the region from 160 recorders. There are now 38 confirmed species, including solitary bees, bumblebees and wasps associated with bees! Your Bee Hunt records have increased our knowledge of bees in the region; new areas for species have been discovered and records have been generated for those species with very few records in the region. A huge ‘thank you’ to all involved! 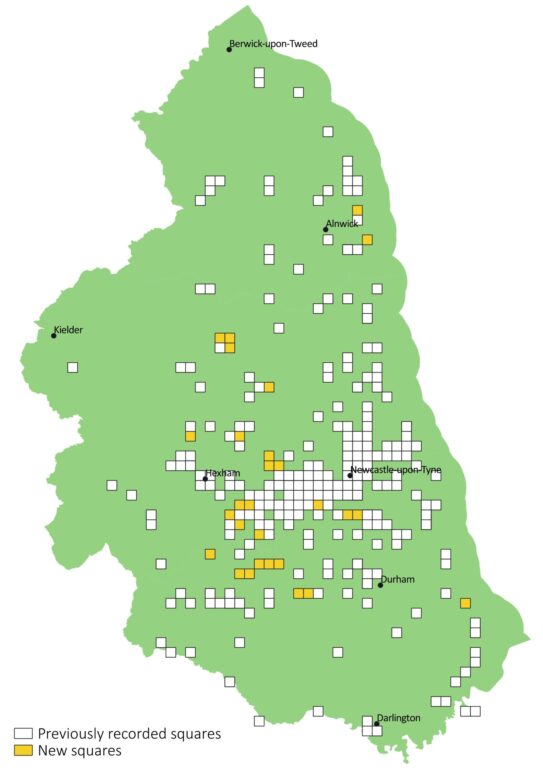 The most recorded species to date are two of the Bee Hunt’s focus species, the Red-tailed Bumblebee (Bombus lapidarius) and Tree Bumblebee (Bombus hypnorum), the latter of which is a relatively new species to the North East (2007). While bumblebees have taken the lead in the number of records, a diverse range of solitary bees have been recorded including those much more specialist such as the Harebell specialist Gold-tailed Melitta Bee (Melitta haemorrhoidalis) and the Heather specialist Colletes succinctus. In more recent weeks, the Bee Hunt has also received records of the Red-tailed Cuckoo Bumblebee (Bombus rupestris), a species considered scarce in the region but – informed by records in more recent years – numbers appear to be on the increase.

Through the collective effort of recording bees, we can build a great understanding of where bees are and how they are faring in the region. Checked and verified by experts on iRecord, your Bee Hunt records are made available to inform monitoring and conservation efforts. Results of the Bee Hunt will also be published in this winter’s Northumbrian Naturalist so please do submit your records so that they can be included in the summary report.

Though we are approaching the end of summer, there are bees still to be found on the wing in the North East. During the final two weeks of the Bee Hunt, here are three species to look out for and record.

The Common Carder is one of the most distinctive bumblebees with its overall gingery ‘teddy bear’ appearance. With one of the longest nest cycles, this bumblebee can be observed on the wing right into Autumn. As it is a long-tongued species, you will likely find this bumblebee on tubular flowers such as Foxglove, Salvia and labiates such as Hedge Woundwort. This species is highly variable in the extent of black on its abdomen and so can easily be confused with the Tree Bumblebee from some angles. However, Common Carders do not have a white tail. 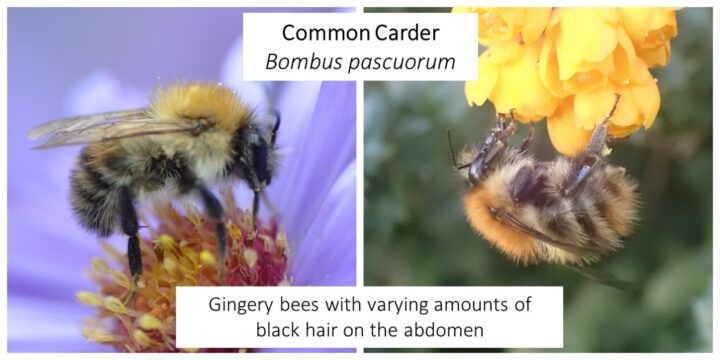 Red-tailed Bumblebees boast the largest of the British bumblebee nests with typically over 300 workers. Females are very distinctive with their jet-black coat and red tail. Males also have additional yellow hair: a yellow-haired face, a yellow band behind their head with another on their lower thorax. At this time of year, the red tails of workers and males can be more of a faded orange-red due to the sun. Males are particularly fond of Thistles and Knapweeds – the flat, open flowerheads are perfect to fuel up on nectar and rest! 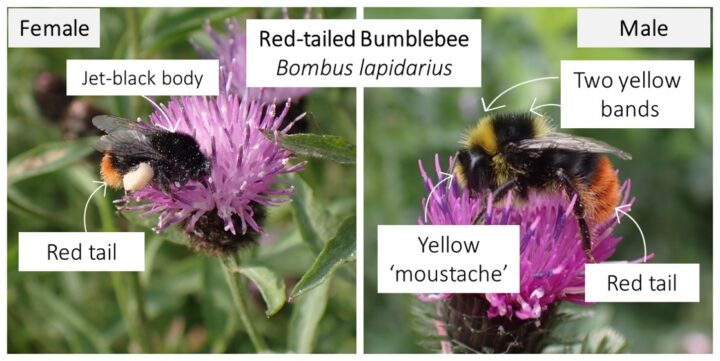 At first glance, these bumblebees can be misidentified as a White-tailed Bumblebee. However, there are two key features that help to identify Garden Bumblebees: the long, ‘horse-shaped’ face and the middle ‘double’ yellow band. The long face is paired with a long tongue (the longest of any bumblebee species!) and so Garden Bumblebees are most often found feeding on tubular flowers like Common Carders. Workers resemble small queens while males have longer, more curved antennae. 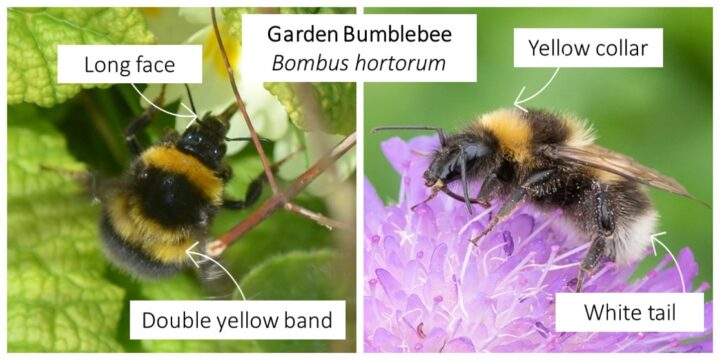 Thank you again to everyone who has taken part in the North East Bee Hunt. Your records are bringing to light new information about the North East’s bees and have now taken us to an outstanding 2000 records!