Whilst taking part in the North East Bee Hunt, learn a thing or two about the five species at the heart of the project in a new series of blog posts by an entomologist, Charlotte Rankin. For the fifth installment in the series, find about more about the Tree Bumblebee (Bombus hypnorum).

A recent arrival to the UK, the Tree Bumblebee was first recorded in 2001 in Wiltshire. First reported in the North East in 2007 and Scotland in 2013, it has rapidly spread to become one of the most common and widespread bumblebees. It has a unique appearance among UK bumblebee species with a ginger thorax, black abdomen, and a whitetail. Females and males are similar, but males lack pollen baskets and often have greater coverage of ginger hair.

Typically emerging from hibernation in late February or March, queen Tree Bumblebees are among the first to be seen in the year. Queens typically establish a nest in aerial structures including holes of trees, old bird boxes, and under eaves of houses. Some queens may even make use of vent pipes of tumble driers! Due to their habit of occupying man-made structures, nests can cause quite a concern but cause no harm when left undisturbed and naturally die out within a few months.

Each nest contains a queen and around 150 female workers. These workers collect nectar and pollen to bring back to the nest and look after their developing siblings. Queens and workers collect pollen on their hind legs in specialised ‘pollen baskets’. Tree Bumblebees are found in a great range of habitats and forage on a wide variety of flowering plants.

Towards the end of the nest’s life, males and new queens are produced. Male Tree Bumblebees characteristically swarm outside nests to wait for emerging new queens. Nests can last into Autumn and once new queens have mated, they find a place in which to hibernate until the following spring. In the south, queens may take advantage of the longer season and establish a nest rather than entering hibernation. Only the new queens survive the winter and the cycle will start again once queens have emerged from hibernation.

Due to the elevated and exposed nature of their nests, Tree Bumblebees are subject to infestations of the Bee Moth. Females of the Bee Moth lay hundreds of eggs within nests and their larvae feed upon the nest contents. Depending on the level of infestation and stage of the nest’s life, this invasion can be detrimental to the colony.

Don’t forget to log your sightings of Tree Bumblebee (or any of the species included in the scheme). By doing so, you not only plug the gaps in our knowledge about the North East’s under-recorded bees but actively help inform the conservation of these important invertebrates. Record your sightings here.

How to identify a Tree Bumblebee? 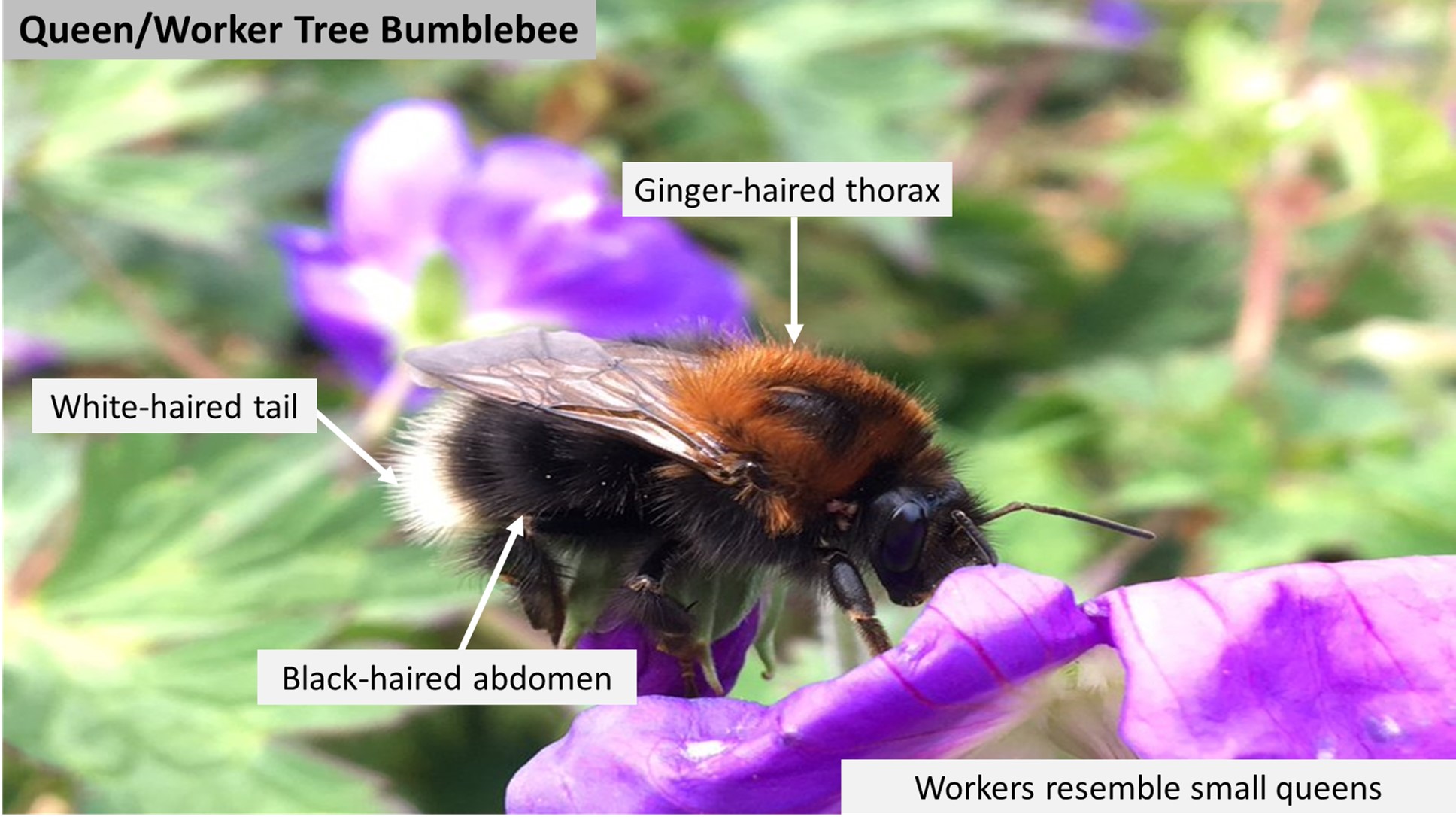 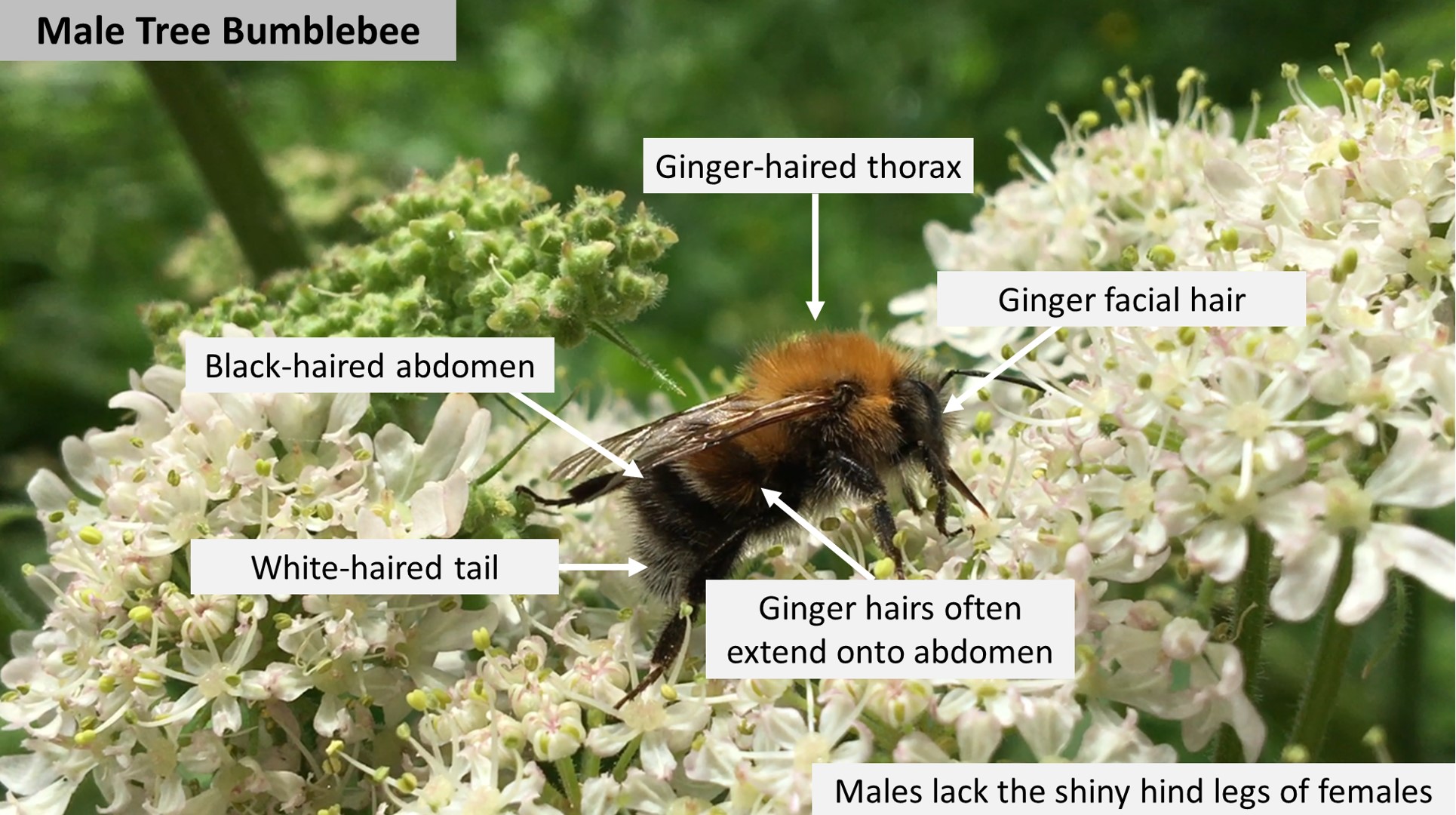