2018 has been an odd year.  An extended period of cold weather in the winter and early spring meant things were very slow to start growing.  In February, despite walking my loop in the wall-to-wall sunshine, I found only four species in flower; daisies, white dead-nettle, gorse and hazel.  March was a little better but only because I waited until after the foot or so of snow brought by the ‘Beast from the East’ and Storm Emma, which covered parts of my route at the beginning of the month, had melted.

March saw the first appearance of one of my favourite harbingers of spring – coltsfoot. The exuberant flowers seem to appear from nowhere, coming as they do before the large, horseshoe-shaped leaves which give the plant its name. 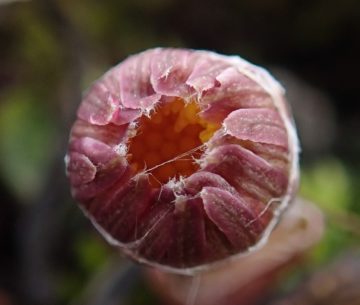 The other clear sign of life returning was the bubbling green algae in some of the puddles on my route – filaments of Spirogyra photosynthesising away. 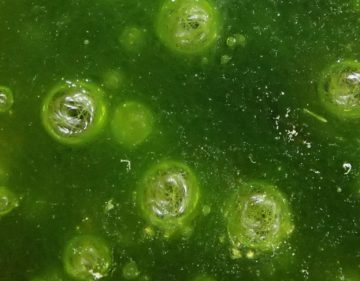 Much of the landscape is rather monochrome in early spring but one thing that does give trees some colour is the abundant yellow lichen cladding many branches. This is probably Xanthoria parietina, which has increased dramatically over recent years.  I rather like the colour it brings but it is an indicator of atmospheric pollution, thriving as it does in response to the increased deposition of nitrates and ammonia, particularly along road verges. 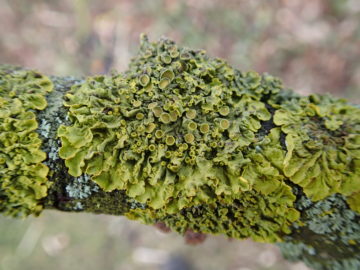 By March, I’d assumed we had finished with snow for the year but that turned out to be wrong.   However, by the time I visited in April it was, at last, starting to feel more like spring and the list of species in flower was starting to grow beyond the tough customers I’d seen since January.  Many of the plants newly in flower had fairly small, white flowers; brassicas such as bitter-cress and members of the campion family like chickweed.   A close inspection reveals beauty in even these commonplace ‘weeds’, though.

Daisies, dandelions and groundsel are all members of the world’s largest family of plants, the Asteraceae.  Each ‘flower’ is actually an assemblage of many tiny flowers or florets. These take two forms – tubular disc florets and strap-shaped ray florets.  Some plants, like groundsel, have only disc florets whilst others, like daisies, have very conspicuous ray florets to help attract their insect pollinators.  Lots of our food crops are members of this family, including lettuce, chicory and Jerusalem artichokes, though we are usually at pains to harvest these before they flower! 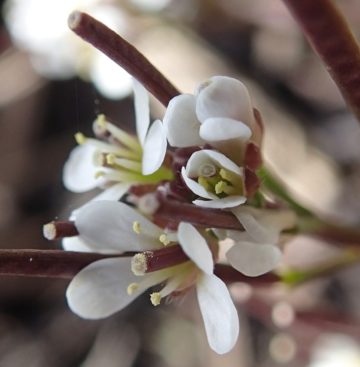 By April the garlic mustard beneath the hawthorn hedges was nearly in bloom and the buds on the hawthorn itself and specimen ash trees in the hedge looked ready to burst. The flower of the day, though, had to be the coltsfoot, in brilliant bloom now all along my route, sharing the limelight with lesser celandine, Ranunculus ficaria, in shadier, damper places. 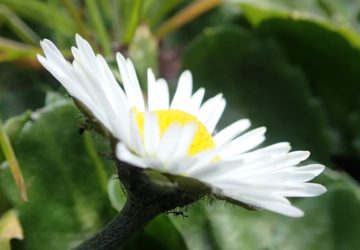 In my early visits this year the area around the mine ponds was too wet to allow me to hunt for the marsh- and spotted-orchid rosettes which I knew should be there but by April a few were visible on the heaps of quarry waste higher up in the reserve.

One of the most surprising sights of my April walk was what looked like water lily pads on one of the settling ponds for the landfill site above Coxhoe – water currents had swirled tiny duckweed plants into pancake-like patches.  Monet eat your heart out! 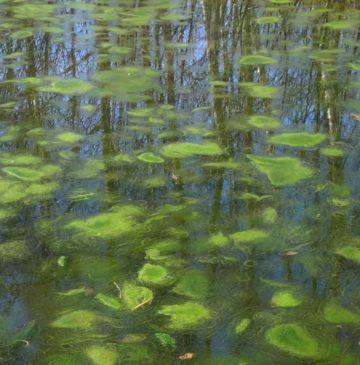 The final pleasure of the day was finding a small white brassica I was looking for in Bowburn Park, in both flower and in seed. Shepherd’s purse, Capsella bursa-pastoris, is named in both English and Latin for the shape of its seed head when inverted. 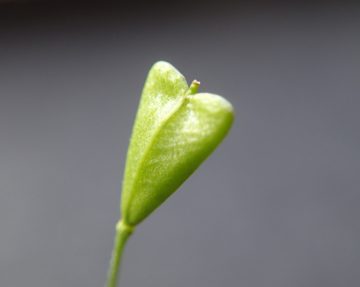 Look at the purse hanging at the waist of the woman in the bottom left of Pieter Breugel the Elder’s painting, The Peasant Dance, below, to see where the name comes from. 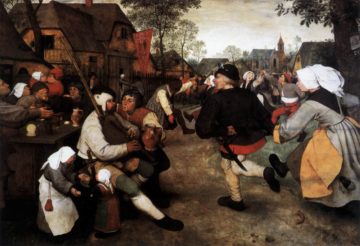 As a cosmopolitan weed, Capsella bursa-pastoris has many other local, common names.  Geoffrey Grigson, in The Englishman’s Flora, explains one of these, ‘Mother’s heart’, as coming from a children’s game where one child makes another pick a ripe seed head, which promptly splits in two, shedding its seeds – the heart is broken.

I knew that the grand total of 13 species in flower in April would rise sharply in May and I was not disappointed.  More on this in my next instalment….

By Heather A. Kelly